Almost a quarter of New Zealand women who responded to a KidsCan survey have missed school or work because they have been unable to afford sanitary items.

*The charity undertook the survey, thought to be the first of its kind in New Zealand, to understand the level of period poverty Kiwi girls and women are experiencing. The topic struck a chord, with more than 5,000 responses nationwide. 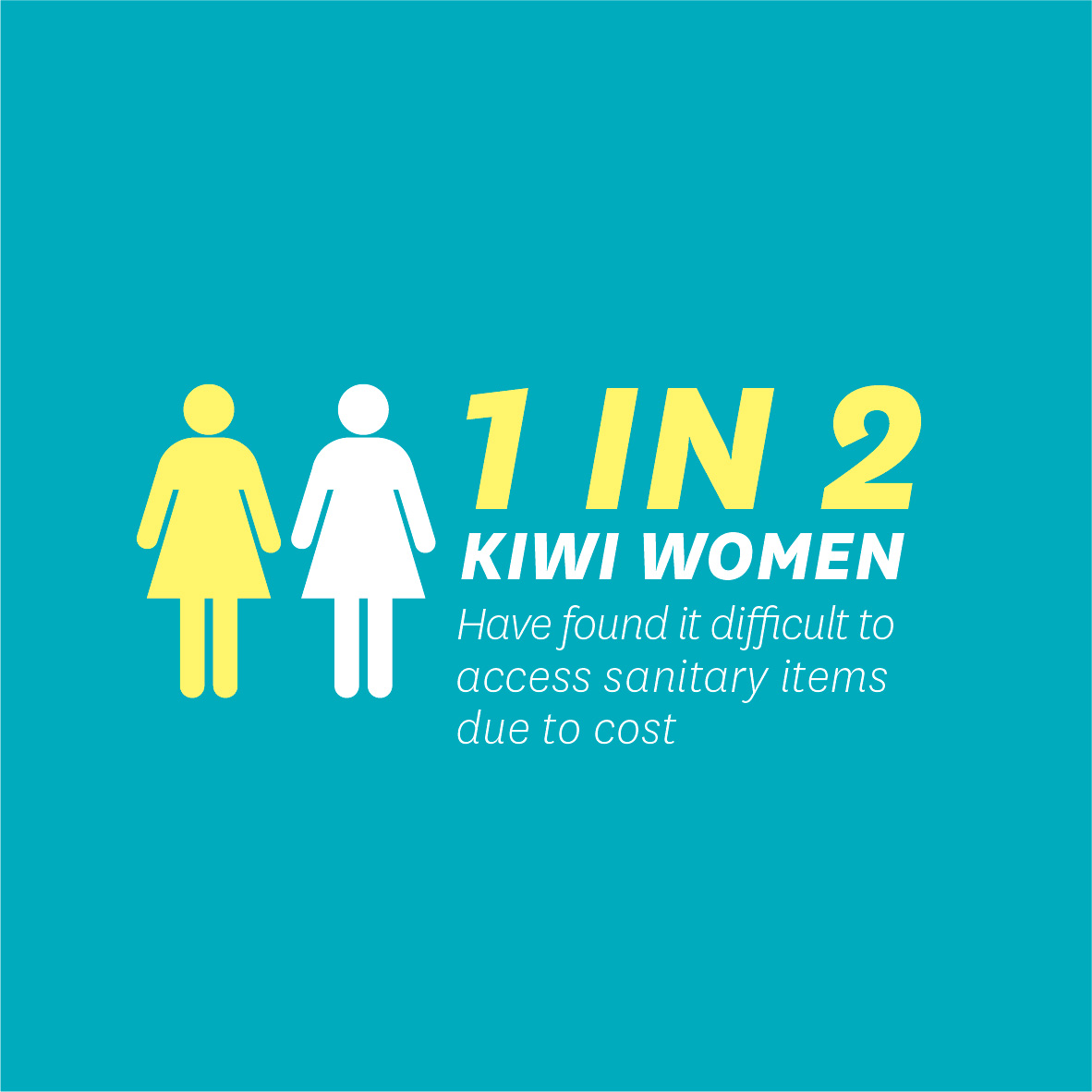 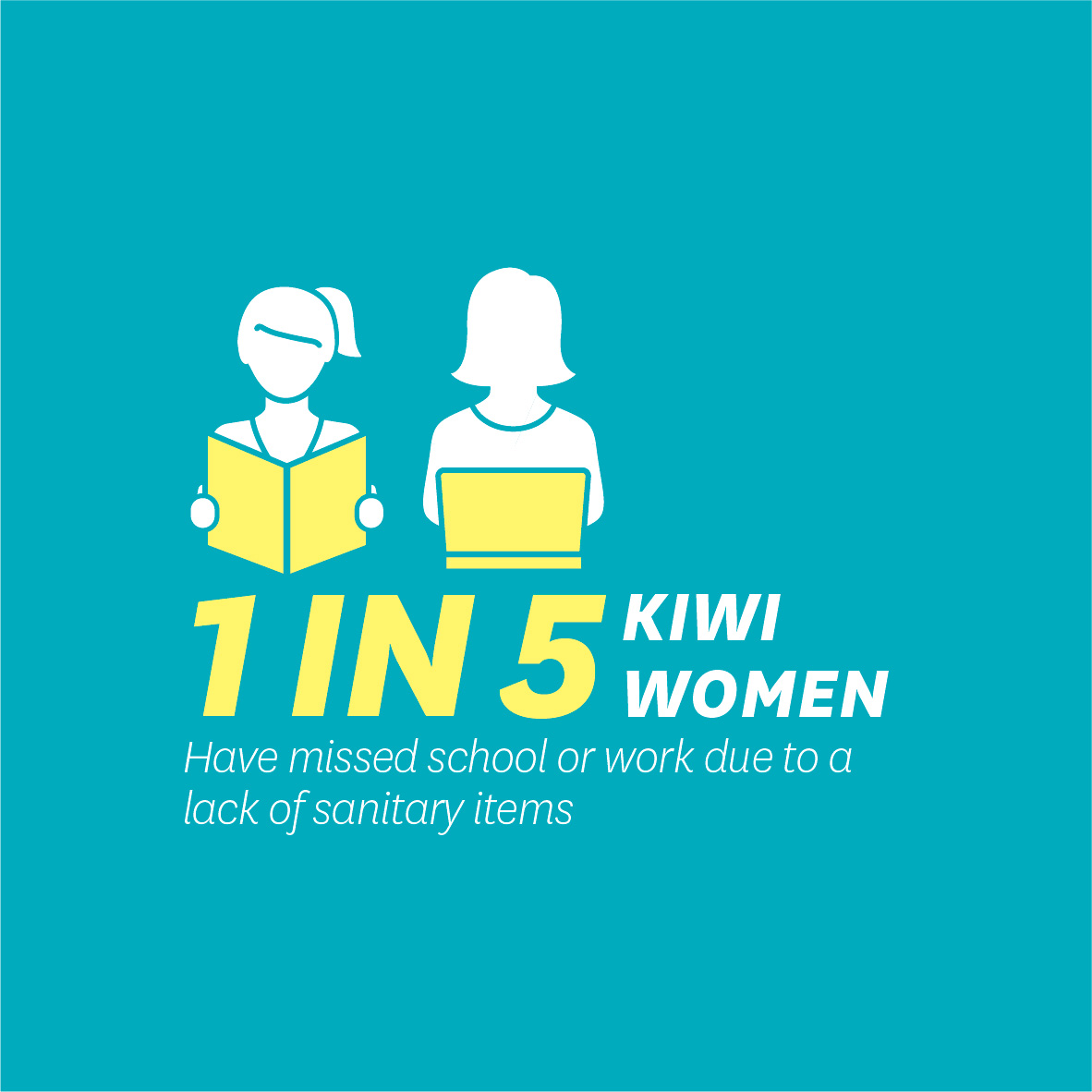 One in three respondents said they had had to prioritise buying other items, like food, over sanitary items. When they couldn’t afford them, most (53.8%) resorted to toilet paper, but 7.7% had used rags, 3% old cloths and many mentioned using disposable or cloth nappies.

KidsCan is particularly concerned by what teenagers are reporting. 27% of the survey respondents were aged 15-17 years. In the under 17 age group:

● 7% were currently struggling frequently to afford sanitary items.
● 29% said they had missed school or work due to having their period and lack of access to sanitary wear. 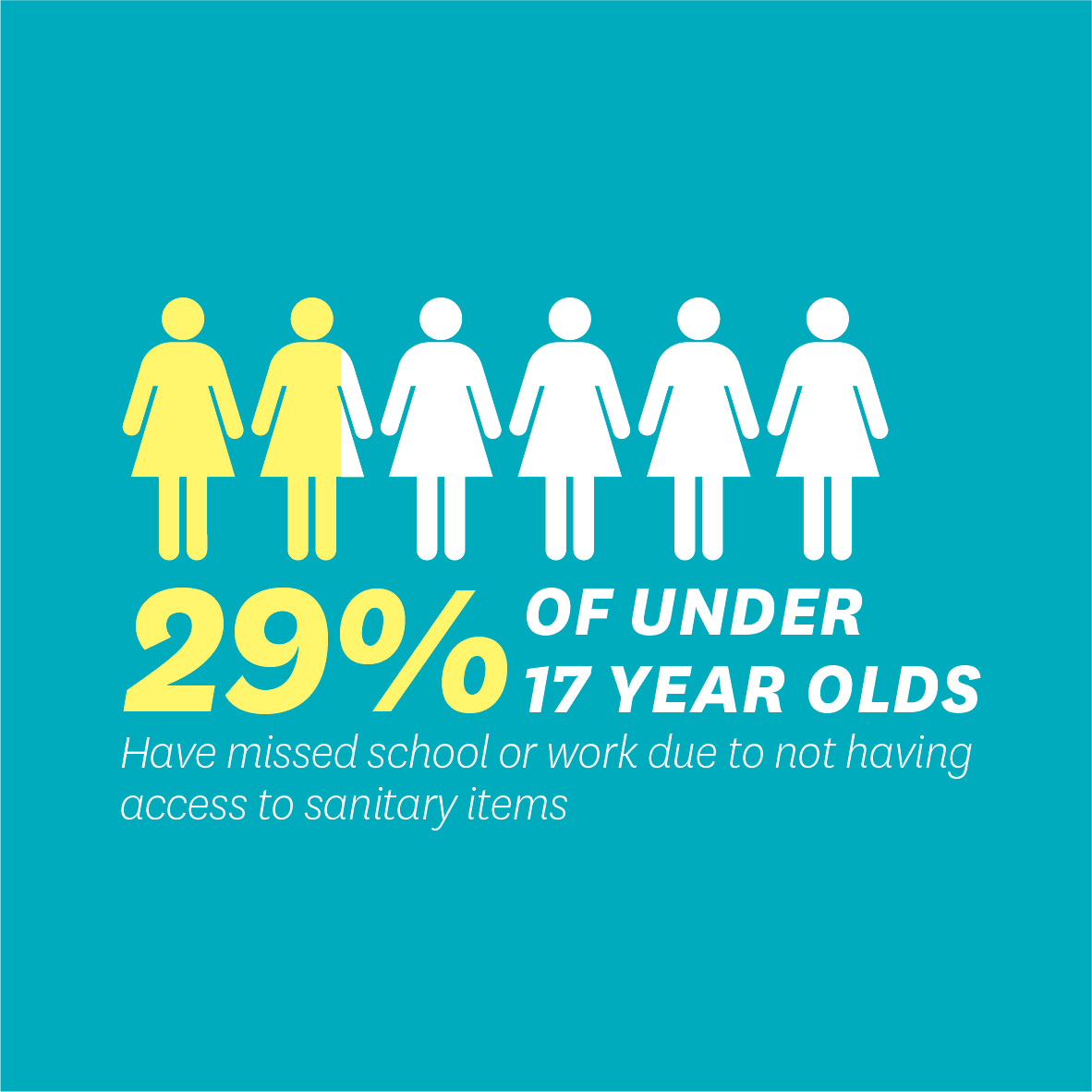 KidsCan’s CEO Julie Chapman said the results confirm concerns voiced by teachers and principals about the number of girls missing school when they have their period.

“As Kiwis we pride ourselves on leading the way in gender equality. But this is a huge, hidden barrier to that,” she said. “For girls in low income families, education is the best way out of hardship. But they’re being denied that chance because they can’t afford basic necessities like sanitary items.”

Overall, 6% of respondents said they were currently struggling to afford sanitary items. Of those:
● 84% had had to prioritise other items such as food over buying sanitary wear.
● 65% said they had missed school or work due to a lack of access to sanitary wear.

The stories shared by 1300 of the respondents included:

“Too expensive and often babies nappies and formula came first. Have used a disposable nappy more than once at night.”
“We had to use a pad for an entire day to make them last and not go out for fear of leakage.”
“Single mama. Bills to pay food to buy. Can only afford to buy when they are on special.”
“I have to sacrifice a day or two of food to be able to afford what many call ‘a female luxury’”
“It’s a luxury item for us, and our kids come first... I’ll just fold a length of loo paper”
“Condoms are given out like confetti but why not menstrual items?”
“When my daughter got her period I made sure she got pads and I had no money left when it was my turn.”

The Survey Monkey survey was inspired by the Free Period Scotland campaign, which ran a similar questionnaire, producing similar results. In August, in a world-first, Scotland announced all students would receive free sanitary items.

KidsCan supplies schools nationwide with sanitary items - as well as food, shoes and raincoats - to help remove any barriers to learning. This year the charity has supplied more than 16,000 boxes of tampons, pads and liners to hundreds of schools.

You can help provide sanitary items and other essentials to Kiwi girls across NZ - giving them confidence, dignity and more time in the classroom.